Skip to content
Types of Value Liquidation Value, What Is It 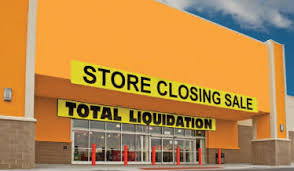 What Is Liquidation Value

It has different meanings to different people, so lets clarify what Liquidation Value means in the appraisal business. It is the price of an asset when it is allowed insufficient time to sell on the open market, thereby reducing its exposure to potential buyers, as defined by Wikipedia. There was usually some sort of financial situation existing at the time of the sale which results in a sacrifice of price. Liquidation Value is typically lower in price than FairMarket Value, but not always. In some circumstances, it is the best evidence of Fair Market Value depending on the market place. In situations where the asset is sought after and there is a short supply, selling in a public auction setting where a sacrifice is to be expected, the asset may sell for Fair Market Value or sometimes even higher. In these scenarios, Liquidation Value and Fair Market Value can be the same. Heavy equipment is one example where this happens.

When determining a Liquidation Value Estimation, there generally should be some evidence of limiting factors that will significantly affect the overall outcome of the valuation.  Examples of limiting factors may include: an accelerated time frame for disposal, an abundant supply and an expected small demand from buyers, limits or restrictions on the use of an item, economic conditions in the market place, disassembly, removal, labour and transportation cost etc, as described by CPPAG (Canadian Personal Property Appraisers Group).
Liquidation Value can be used to valuate assets by an appraiser for many reasons.  One of the more common reasons is in the case of bankruptcy. The assets are required to sell quickly in order to pay any debts owed by the company or individual. This type of appraisal is used to estimate the liquidation value of the assets to be sold in an accelerated time frame from a forced sale or public auction. In the case of a machine shop for example, the equipment may be required to be valuated using liquidation value if the items are to be disassembled and removed from the premises and sold separately, piece by piece. These same items may have a different type of valuation if a buyer can be found that would purchase the assets in their current location, not requiring them to be dismantled or sold separately, known as a “Turnkey Operation”. This would be an enhanced type of valuation which would eliminate the cost of tearing down and setting up expenses. I will discuss this type of enhanced valuation in further detail in a future blog on my website.
Another reason would be in the case of a divorce. Sometimes the couple going through the process of splitting up the assets don’t agree with the value of the items. Usually an appraiser is hired to give value to the assets for a fair division or split of the items. This works most of the time, but there are still times that it doesn’t. In these cases, the judge will order a forced sale of assets and as you guessed, the assets are now valued with liquidation value. Not a very good outcome since this forced sale will in most cases, give a lower return from the sale of the items. Many times when doing an appraisal for a divorce or family dispute, the appraiser will give both, Fair Market Value and Liquidation Value in their Appraisal Report. This gives both parties an indication of what to expect if the assets are sold and proceeds are split from a forced sale scenario.
Sometimes suppliers end up with an overstock of merchandise and need to sell the items at a reduced price in order to make room for new stock. This is another time that liquidation value would be used to estimate the value of the assets that will also require a sacrifice.
Liquidation Value is used often when there is a necessity for assets to be sold at a sacrifice. I’ve listed some of the more common reasons that an appraiser would use Liquidation Value in their Appraisal Report but there is many more situations that it could be used. In most cases, Liquidation Value is well below Fair Market Value but it isn’t always the rule as explained earlier. Also, don’t get the wrong idea that all auction sales results are below fair market value. There are so many circumstances to consider with auction sales, like what type of audience is in attendance, what are they looking to buy, what is the demand for the items up for sale, etc.

Even though the appraiser has expressed his professional opinion of the liquidation value of the asset, it doesn’t mean it can’t sell for a higher price or lower price for that matter. Remember, every appraisal is considered an opinion of the appraiser based on their experience, qualifications, and factual evidence of the assets. Liquidation Value is no exception.
Darryl Bilobrowka, CPPA
Owner/President/Appraiser at DB Appraisals Ltd

Only $200 + tax, some travel expenses may apply depending where you live.

Call today to find out more.

Introducing our new Apprais-All® App. Available for both Apple and Android devices. Download from the App Store Today!

We are proud to announce the latest service that we are providing. Apprais-All® Valuation Services is a low cost appraisal format for people who don’t need the high cost and features of a Full Service Appraisal. Check out this new service and I hope it will be of value to you. You can find more about this new service under the “Services” tab in the top menu or on a quick link on the “Home” page.